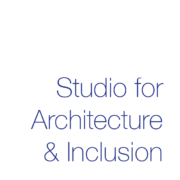 By analyzing the location ‘Grote Visserijplein’ and the Pier 80 building we conclude that the current problem of the location is the problem of the entire Neighborhood. The neighborhood BoTu, is a neighborhood with 14500 inhabitants with 78% with a migration background, we can speak of a diverse neighborhood with create potentials. But unfortunate, the neighborhood is strongly divided by large pockets of public space that on the notion of public space is primarily a point of reference, a space where the public can come together. But due to the poorly designed public space (lacks of proportion, human scale) they functions as huge barriers within the neighborhood. The areas in the nearby surroundings and especially the public plinths are closed off and uninspiring leaving no room for any kind of interaction, completely uninspiring. Instead of focusing only on the site we spread social activities throughout the entire neighborhood. Social activities include all types of communication between people in city space and require the presence of other people. If there is life and activity in city space, there are also many social exchanges. If city space is desolate and empty, nothing happens. Social activities include a wide spectrum of diverse activities. There are many passive see hear contacts: watching people and what is happening. New topics and common interests can be discussed. Acquaintanceships can sprout. Unpredictability and spontaneity are key words.

Our proposal don’t state a vision based over 20 years, that would exclude the currently living population. Children are living been brought up in an uninspiring place and under poor environmental conditions. The lack of inspiration, vision and possibilities, will be a biggest problem for the neighborhood and the city a decade from now. The focus is to bring possibilities to their attention and spark something within the heart of these children. We believe that the growth of this vulnerable group by activating them will be the biggest contributor to a productivity.

The lack of social cultural interaction is one of the biggest problem (next to poor housing) BoTu is facing at this moment and contributes to the large lack of understanding of each other and each other differences. The people of BoTu must be the focus point when we as designers try to come with a solution to upgrade the current living conditions, because without these people there is no community that defines the neighborhood.

As inhabitants of the area we don’t believe that a building on the Grote Visserijplein will bring any form of solution, a new building will create and contribute to the large segregation. We must design attractive public spaces and a bigger variation of urban functions and social cultural interaction moments. These elements will increase activity and will contribute to the feeling of security in and around city spaces and that contributes toward the aims of social sustainability democratic society. In order to speak about an inclusive solution we need to keep the existence in place and add value to them!

Botu already posses all the needed elements to be an inspiring and inclusive neighborhood, the missing link is that the elements don’t communicate with each other. The elements need to make music together, Sing for me Botu, Sing!

The corners of BoTu